We observed the aphid fungus, Neozygites fresenii, which causes aphid populations to crash on the Tifton Campus on June 26, 2017.  We have also received some early observations from both north and south of Tifton.  The presence of grey, fuzzy aphid cadavers is indicative of the naturally occuring fungus (see image below).  Once observed in the field we would expect aphids to crash within a week.  We typically first observe the fungus in fields with high aphid infestations; and more specifically areas of those fields which were initially infested.  All scouts should be on the lookout for the fungus and be sure to report to growers. 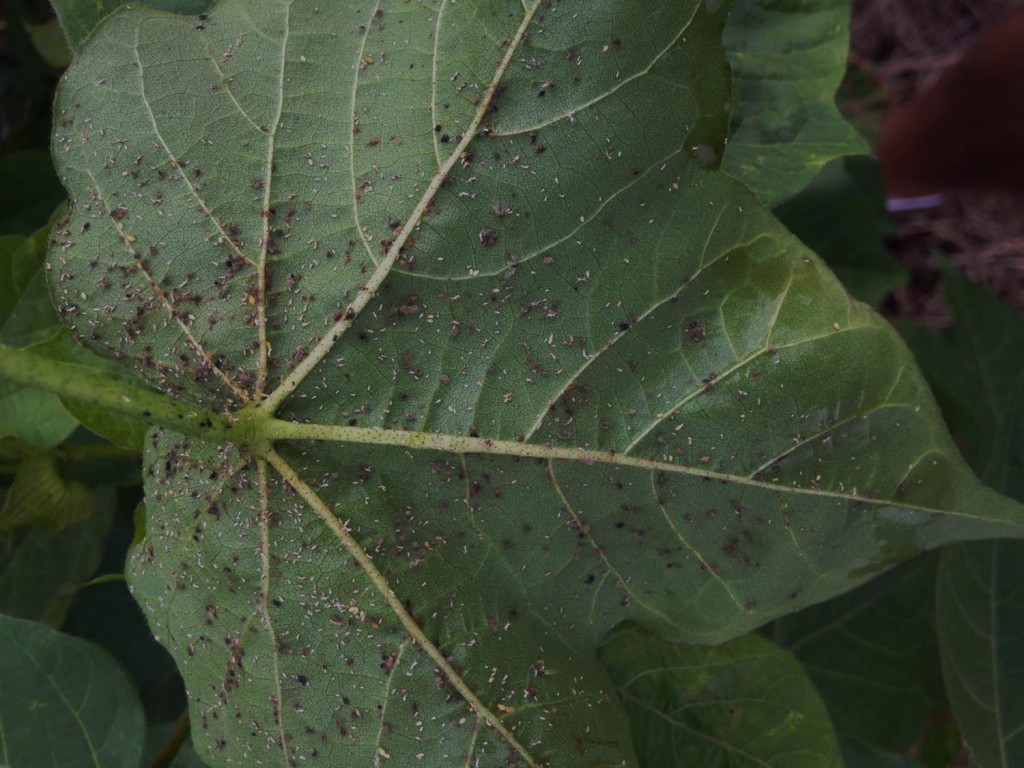 The presence of grey, fuzzy aphid cadavers is indicative of the naturally occurring fungus which will cause aphid populations to crash.

This entry was posted in Cotton Production, Insect Management. Bookmark the permalink.